distractions and contractions at Christmas dinner

Well, we made it through Christmas—a day we'll remember forever—though looking back, it seems as though everything were on fast forward.

It all started Christmas Eve. Em, Kev, Colin and I went out for sushi at Asiana. We knew Emi might have her baby at any moment and so we wanted to make the most of our time together. Dinner was wonderful. It was so quiet all around town. We ate a lot of maki. Emi had the non-sushi kind. I got a crazy roll called Kiss the Dragon and my favorite mango martini. We got to ride home in Em & Kev's new car—a Passat wagon—that they had already outfitted with a baby seat. 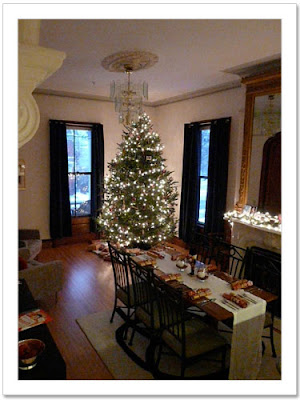 The next morning was Christmas. Em & Kev came over for breakfast and my parents arrived with lots of prezzies and all of the stockings (apparently Santa was too busy to bring them to Burlington himself). Kev made some fabulous bacon—the thick-cut kind from his special pig. Emi had made cranberry muffins and cinnamon rolls. Col served mimosas and bloody Marys (an Alger family tradition). Emi ordered an extra-spicy virgin Mary. She later told us she thinks that was the thing that put her into labor—her contractions started right after that. They went home for a while to rest.

Kev got new glasses in his stocking: 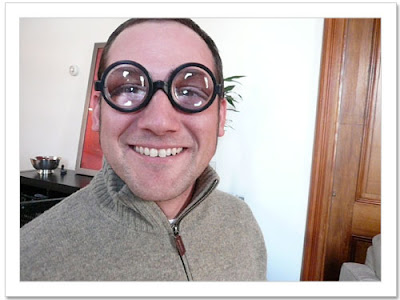 A little later, slight chaos ensued. Auntie Lucy and Uncle John arrived. I started prepping Christmas dinner. Colin was working on his mom's famous crab dip. We put out the ham. The pastelles were steaming. Dinner was just about ready. 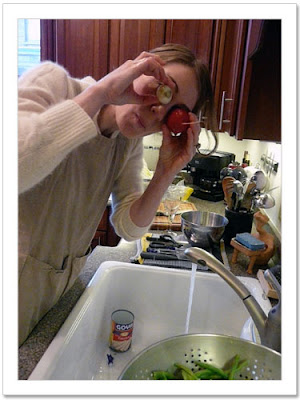 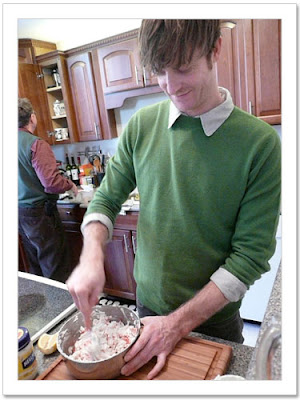 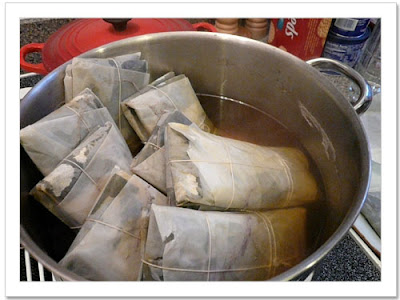 Suddenly, my knife slipped as I was cutting an apple into matchsticks for the salad—and it sliced into my pinky finger. The cut was pretty bad and my mom said I should probably go to the emergency room. So Col and I jumped into the car and sped off to the hospital. An hour and a half, one tetanus shot and a glued-up, bandaged pinky later (thank God no stitches!) we arrived home again just in time for Christmas dinner. 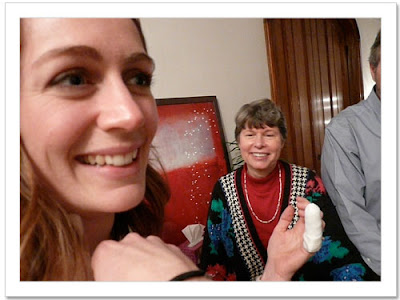 Emi and Kev had arrived. My sis was more flushed that usual. And she kept leaving the room every few minutes. Was it really happening? 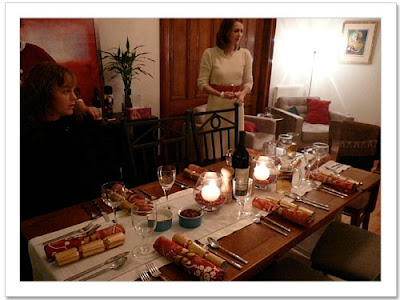 We sat down to a wonderful dinner with ham, smoked trout, pastelles, rice & gandules, tangerine green beans, and the red & white salad that started it all. Then there was the figgy pudding to ignite. But Emi wasn't in the room.

"Em, do you want to see the figgy pudding?" we yelled out.

She came in for the figgy pudding. We lit it. We took pictures. We pulled the crackers and put on our crowns. 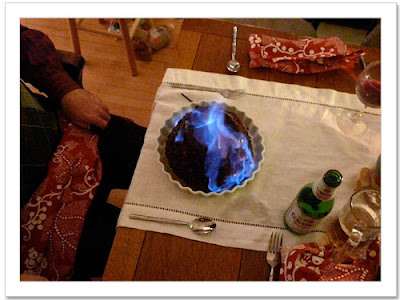 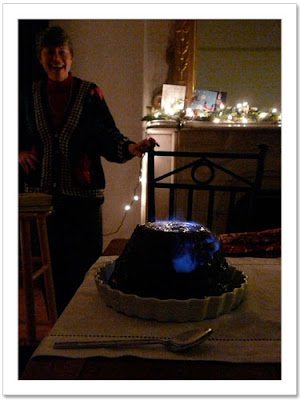 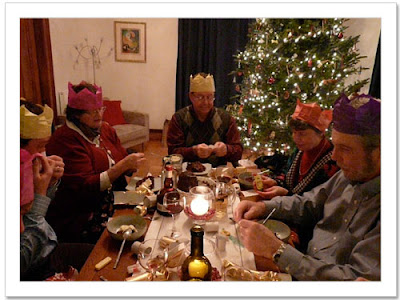 Emi was gone again. Then she was back.

"I think we need to go," she said. It was really happening... We all got up from the table and tried to keep busy. 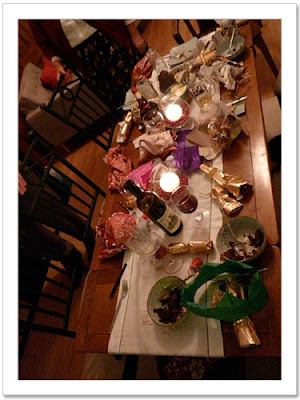 Colin and I finished the rest of the Abbot's Table while we video chatted with Hannah for a while. We pretended to eat popcorn together and chink our glasses in a toast. Then we took pictures of each other as though we were at the same party. We kind of were. And the party was fun. 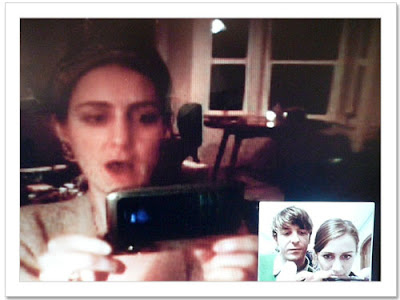 The next morning, we woke up and got ready to go visit Colin's family in New York. Papa had news about Em—they had checked into the hospital at 5:30 in the morning. Holy cow!

We were packing up the car when Papa cried out, "it's a girl!"

What?! We were all in shock. So soon? Then we were all crying and hugging each other. She did it! Emi did it! I don't know why I think I expected her to be pregnant forever. The baby thing felt kind of surreal.

But she's real. And she's beautiful. And she's a really great suckler. Her name is Sapphire. Holy crap, I'm a auntie! 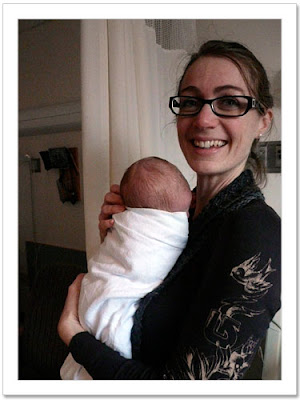 Email ThisBlogThis!Share to TwitterShare to FacebookShare to Pinterest
in: family, home, inspiration, nourishment

Congratulations! Wow, what a special Christmas!

Congratulations... what a wonderful story for your baby niece's arrival! Very nice! Happy new year to you all!