I think it's fair to say that the longer you live in a place, the more you take it for granted. The less you take advantage of all of the wonderful things that attracted you there in the first place.

So sometimes it's fun to play the tourist and do things that out-of-towners like to do.

Burlington sits on a stunning lake and there is so much to do on the waterfront, but Col and I can count on just one hand the number of times we made it down there this summer. Shame on us!

A couple of Sundays ago, we had one of those brilliant fall afternoons when the sun is still warm, but the air sits a little lighter in the atmosphere. And just about anything seems possible. Miracles can happen on those days. And miracles did happen on this one day in question, because Colin and I decided to drag our bikes out of the basement and go for a bike ride on the waterfront bike path.

I say this is a miracle, because in the 4 years that we've been together, this is the first time we've ever gone on a bike ride together. Double shame on us! (says Col)

Any-who, we set a pretty big goal, which was to ride out to the Causeway in Colchester. The Causeway is an extension of the bike path that used to be a railway track across the bay and is now just a path for bikers and runners. There's water on either side and I've always heard it's stunning, but I have never been there. Never. It's pretty far out for people who never bike. Maybe 8 or 10 miles or so out. Then 8 or 10 back.

But we did it. We rode all the way out. We took some pretty snap shots. We took lots of breaks. And we finally got to see the Causeway. My friends were right: it's absolutely stunning. And we definitely saw it in all its grandeur on that pretty September day.

Unfortunately, the novice bikers did not eat lunch and did not pack a snack and so we had to turn around as soon as we got there.

I'm not sure if we would've made it back in one piece if it weren't for Charlie's boat house that sits about half way between here and there. Charlie's is one of those places that's stuck in time. There's a loud scratchy speaker blasting old war-time melodies. A little old man (must be Charlie) and his wife sell candy bars, ice cream and soda pop out of their campy boat house shed. They ring you up on one of those old fashioned registers that dings when you push the buttons.

It's very charming and quaint. Their ramshackle boat house sits on a very special piece of property, right on the water with a westerly view. The sun was just in the right spot when we got there...

We walked in to the little shop and immediately smelled a waft of American Chop Suey from their home kitchen upstairs. Growling stomachs.

"Suppers on!" Charlie's wife yelled out, to no one in particular.

We had just enough quarters for 2 Snickers, 1 ginger ale and 1 Twizzler. Charlie's wife threw in another Twizzler.

"I don't want you guys to have to fight over it," she explained with a glimmer in her eye.

We thanked her profusely. She obviously sensed our desperation.

We sat down outside at one of the picnic tables by the water and devoured the sweets in no time. It was just enough to sustain us for the rest of the ride home.

Many days later, I'm still a little sore. But I guess what I'm saying is that if I were writing a tourist guide for Burlington, yes I would mention the bike path and the Causeway. But more than that I would mention Charlie's boat house.

But then again, would I? Some treasures are better kept a secret.

Taking a brake along the bike path: 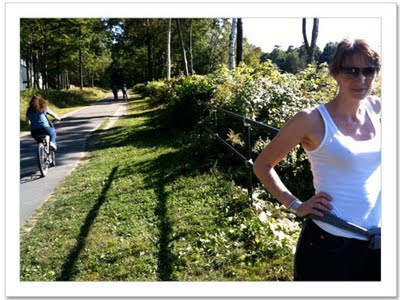 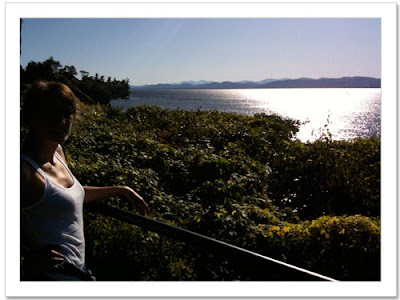 Finally made it to the causeway, but not across it. Maybe next time: 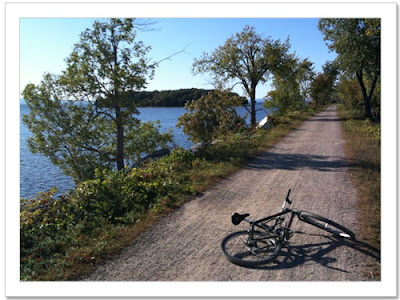 The causeway is a dirt path; Colin practiced his skids: 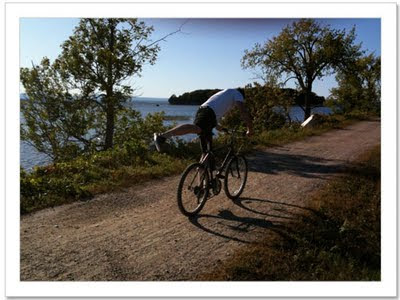 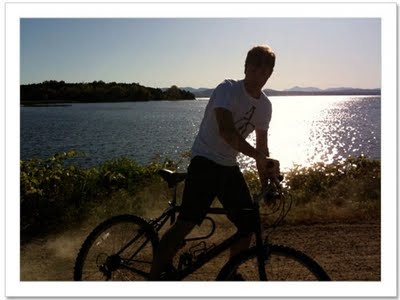 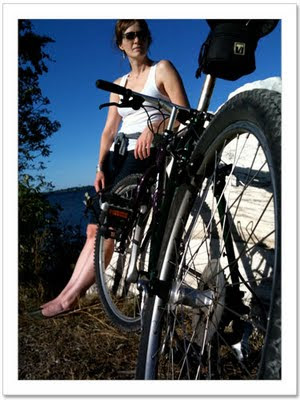 The entrance at Charlie's boat house: 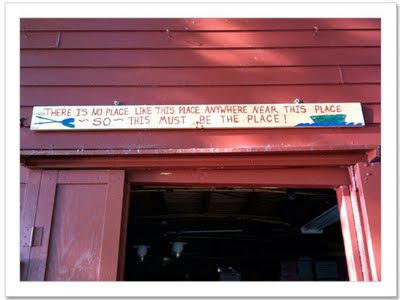 Eating our snacks at the picnic table: 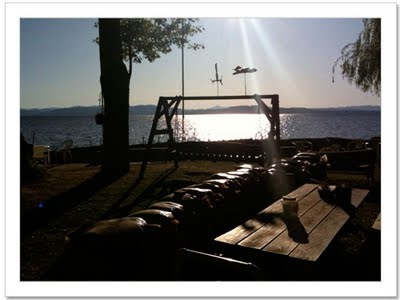 This was on the picnic table: 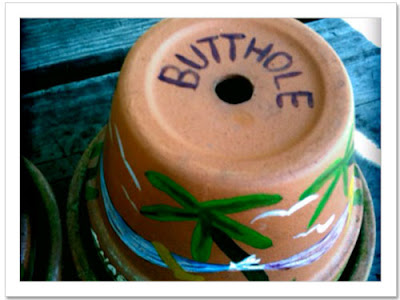 Email ThisBlogThis!Share to TwitterShare to FacebookShare to Pinterest
in: burlington, shop bop

What a great story! Such a good idea, to be trippers...that's how I felt when we went to Wash Me Trousers!! Lovely photographs, too!
Spell check: did you take a 'brake' at Charlie's, or was that a 'break'?? I suppose that since you were biking, either one would be correct...I thought it a clever pun!
Nice skids, Col! Seems just like yesterday...