Let me tell you a little bit about my husband. He's in a gang. That's right: the Good Times Gang. He and his close group of friends have been in this gang together since they were practically tweenagers. GTG is about good times, all the time. It's about laughter, friendship and silliness. The guys are prolific in their silliness. They make movies together. They don crazy awkward costumes. They make tee-shirts. Some of the guys even started a band, Enormous Fun, to further the GTG cause (even though most of the songs in their repertoire are pretty depressing).

As a GTG girlfriend, and now wife, I've seen the GTG boys and wives live through a lot over the last few years. Through new jobs, new cities, weddings, children... there's been messy stuff too, but I won't go into that. This is, afterall, about Good Times.

Last weekend, the last of the GTG boys to get hitched, Spence, got married to an amazing gal, Court. We all went down to Newport, Rhode Island for the weekend to celebrate. It was as off-the-hook as we all anticipated. Not just because it was a gorgeous wedding with a gorgeous bride, or because the food was fantabulous and the dancing was insane. And the guests were so fun. It was all of those things. But it was also a GTG reunion. And when those boys get together, crazy things happen: Chewbacca might show up on the dance floor, a cardboard box and a guy in a 70s leisure suit may give a speech. 5 Fly Crew might show up and break dance at the reception. Your husband might do the worm. Or walk on his hands. Yes, it all happened.

Everyone's hearts were so full of happiness.

There are some people who might be intimidated or annoyed by their husband's friends. Not me. I hope GTG stays together forever, because they're keeping us all young (and goodness knows I am prone to turning into an old fart if I'm not careful). They may grow older, but they'll never grow up. And that's fine by me. Love you guys (and wives!). 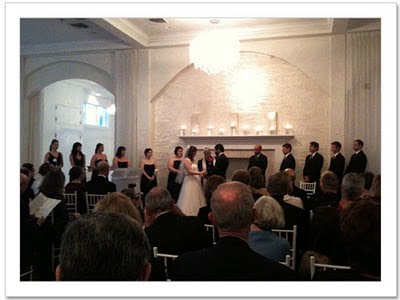 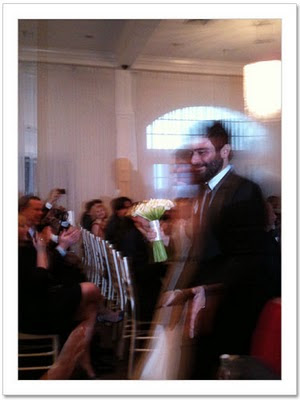 Email ThisBlogThis!Share to TwitterShare to FacebookShare to Pinterest
in: friends, i'm thinking, love