We just arrived home from our annual family trip to Maine. This year, because our usual rental house was unavailable, we decided to try somewhere new: Eastport. The town of Eastport is pretty remote—about as far east as you can go and not far from the New Brunswick border. It took us 9 hours to get there from Burlington.

If you're looking to get away from it all, this is the place to do it. The last hour and a half of our drive took us through a great pine forest on route 9. Nothing but woods and road for miles and miles. It was breathtaking and terrifying at the same time. Before we even arrived at our rental house, our phones switched into Atlantic time zone and started picking up the Canadian phone carrier, so we had to turn them off or else be charged international roaming fees. No cell service for a week. I was plenty okay with that.

The house we rented for a song was situated right on Passamaquoddy Bay (a smaller bay in the Bay of Fundy) overlooking Deer Island, New Brunswick across the way. The tides in the Bay of Fundy are some of the biggest and most intense in the world. When the tide was out, it went out far far far, leaving us with tons of muddy tidal flats to explore and find crabs. When the tide was in, it came in up up up, all the way up to the edge of the lawn leading to the house.

The tides factor in very much to what you can see or do in the area, a fact that is both interesting and irritating at the same time.

One day, we took a ferry boat over to Deer Island. We were hoping to catch a glimpse of Old Sow, the largest naturally occurring whirlpool in the Western Hemisphere. We caught the ferry at low tide, which meant we had to walk down a long beach to where the ferry was docked in the wet sand. It took us forever to even find the ferry, since it was not well-marked and the boat was just pulling away as we arrived. But the fine gentleman running the ferry saw us and had the captain come back to pick us up. We hopped on the boat, paid the gent our $3 and enjoyed a lovely semi-private boat ride across the bay. There were only 4 other people on the boat besides us.

About a half hour later, we docked on another wet beach, this time on Canadian soil. Before we could get off the boat, two border guards jumped on and approached us to do the usual border crossing questionnaire and presenting of passports. Colin wanted to ask for a stamp, but figured they probably didn't carry them! It was one of the most bizarre border crossings I've ever done. But also pretty cool. As we headed toward the beach, the ferry gent warned us: "When you get on the ferry to come home,  make sure you see me on the boat. Otherwise it's the wrong boat and you'll end up on Campobello Island!"

We didn't see Old Sow. The best time to see it is right before high tide as all of the tidal waters converge and bubble and swirl into a magnificent funnel. But we did see plenty of wild-life, making it some of the best $3 ever spent. Turns out, going at low-ish tide was a boon, because as the tides started to come in and the waters of Old Sow began to churn, the porpoises and seals gathered in large numbers, presumably to find their lunch. We sat by a small lighthouse overlooking the bay and Moose Island on the US side, as the porpoises danced and played right before our eyes. An eagle soared above us out and over the water. And even the cormorants had their fair share of fishies for lunch.

The Deer Island ferry ride was my favorite part of the weeklong trip, which included two more excursions to Canada—Campobello Island, where we saw more eagles and whales and picked a ton of wild blackberries on a hike, and St. Andrews by Sea, which you can get to easily by car. We explored the small town of Eastport, enjoyed some pretty delicious (albeit very rich) seafood and went hiking at Shackford Head State Park, where at the overlooks we could see many working fish farms in Cobscook Bay and also where we were attacked by stinging red fire ants (not a highlight of the trip, but a good story I guess).

We even visited a mustard museum at Raye's Mustard, the only stone ground mustard factory left in the US. Why mustard in Eastport? Sardines! There used to be over 20 sardine plants in Eastport alone, and all of the factories packed the sardines in Raye's Mustard. Now that the American sardine industry is no more (the last plant closed a couple of years ago), Raye's has entered into the specialty foods market and they make some pretty amazing mustards there. Being mustard people, we bought 4 large jars and probably would've been happy for more.

Back at the house, we enjoyed our daily explorations to the beach and every night the boys built a bonfire on the beach, which most of the gals passed up in order to watch some guilty British pleasures on TV—Sherlock Holmes and Fawlty Towers. But on the last night, we let the kids stay up late and we all went down to the fire after dinner to make s'mores.

The next morning, we headed home. We were ready. I think if I didn't have a child and I really did want to get away from it all, I could have spent days and days there happily writing and painting. But with a 1 1/2 year old, by the end, we were all ready to get back to our routines—and civilization. 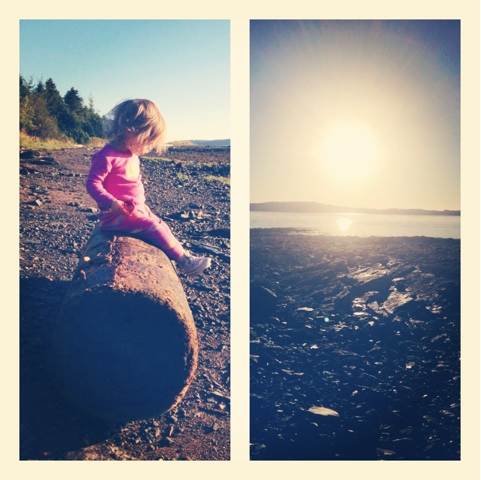 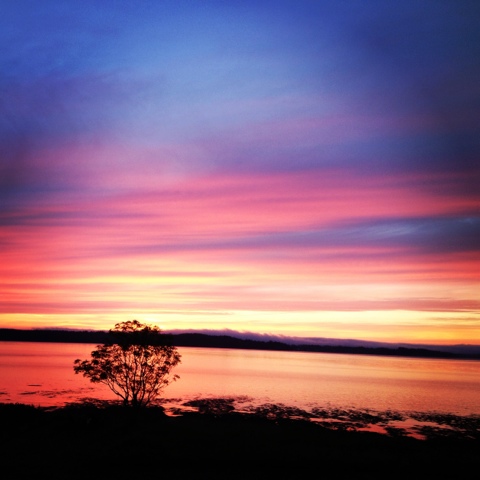 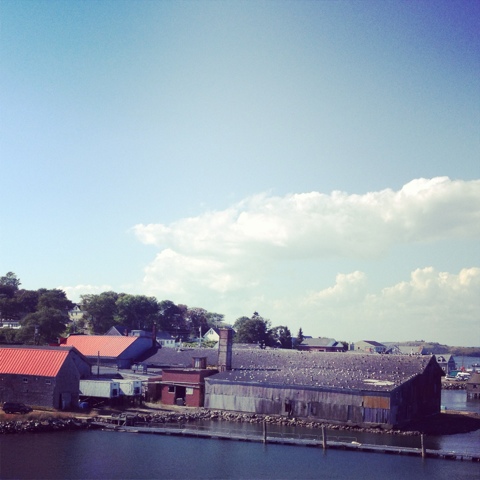 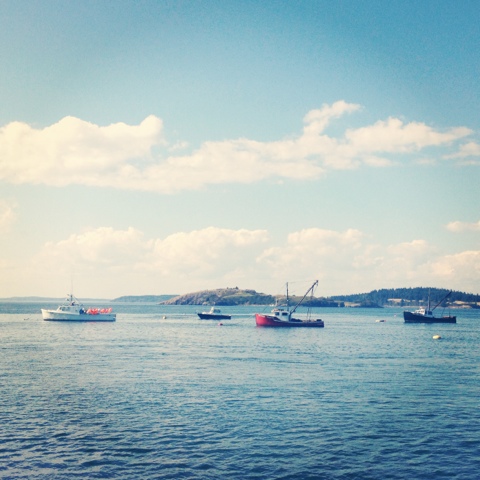 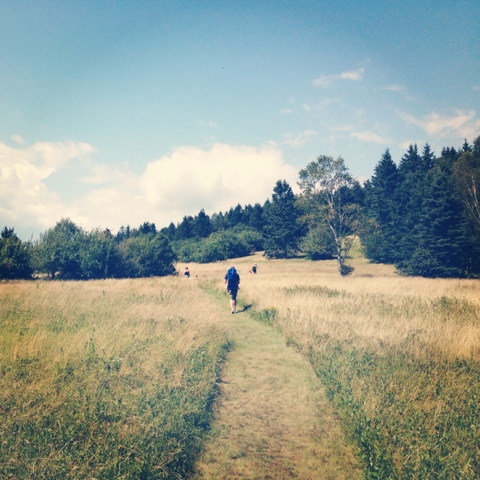 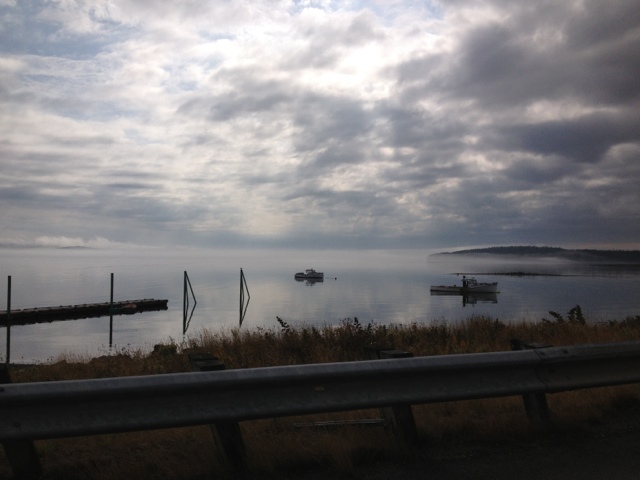 Email ThisBlogThis!Share to TwitterShare to FacebookShare to Pinterest
in: family, maine, travel