Did I mention we went to Buffalo? That's where I've been the last several days. It was Mindy and Bobby's wedding and so we decided to take a long weekend and explore.

We headed out on Thursday morning early—Em, Kev, Col and I. Met up with Brett and Elisa before hitting the road. They had lil Zo Zo too. Stopped over in Utica at Brett's parents' house for an amazing Mediterranean lunch. Finally arrived in downtown Buffalo around 6 p.m. Most of the hotel rooms had hot tubs right in the middle of the room with a waterfall and everything. We were so busy, we didn't use it much though. 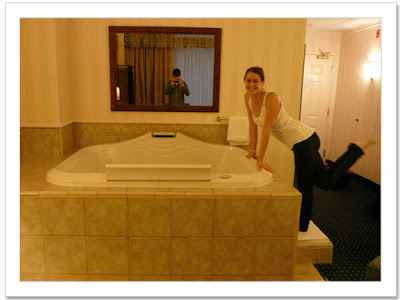 The next day, the boys had golf and the gals had plans, so I spent the morning walking around downtown Buffalo. I'd never been to Buffalo before. I was surprised to find a lot of beautiful architecture on my walk—new modern construction punctuated by decrepit brick buildings, industrial spaces, old stone churches on every block and beautiful Victorian mansions. Evidence of a golden age—a once thriving city, then falling asleep slowly, now redefining itself. Here's one of the modern buildings I saw: 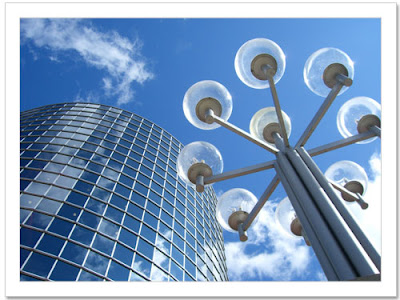 The next day, we went to Niagra Falls. I don't have much to say about Niagra Falls. Even with no expectations, I didn't expect what we saw. The falls themselves were breathtaking, but I could barely see them beyond the crowds of people, tacky tourist traps and wacky black squirrels. It was like a theme park gone bad! And on the way back, we almost didn't make it across the border. But Kevin warned the officer at customs that we had to get back for a wedding. In the end, all turned out well and I'm glad we went. Now we can say we did it. 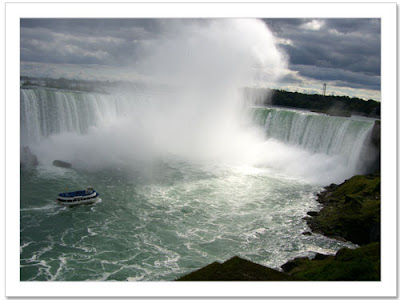 Finally, it was time for the wedding. It was a gorgeous thing. Mindy looked absolutely beautiful in her beaded Cinderella ballgown. Bobby looked absolutely smitten. The music was great; the party was a blast. Here are a bunch more pictures of downtown buffalo, tacky tourist traps, squishy babies and party snapshots. And here's Bindy: 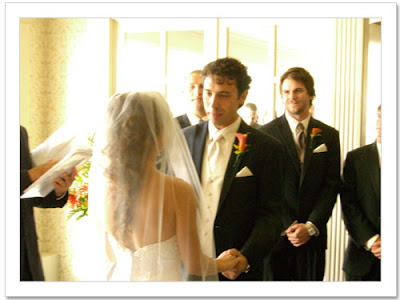 Love that photo of the lamp post and the building!