to the royal mount

Montreal was a much-needed weekend getaway. We drove up Saturday after our morning coffee. It was a beautiful drive up with an endless clear blue sky. As we crossed the border from Vermont into Canada, the lush green forests diminished. Then it was golden cornfields stretching for miles, punctuated every now and then by clusters of old silos. Silos gave way to electrical towers the closer we got to the city. Corn fields gave way to concrete structures. We passed the Coca Cola man and knew we were close. 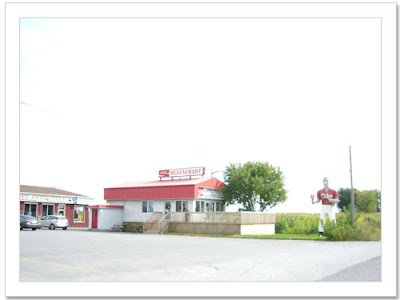 We headed towards centre-ville, passed the grain mills by the river. 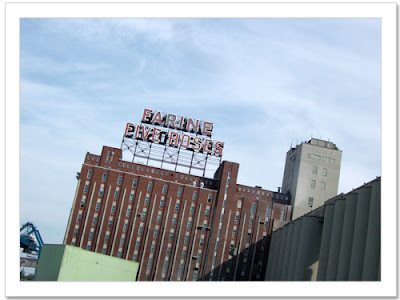 Early afternoon sun cast jeweled reflections off some office buildings. They shimmered quietly as we passed. 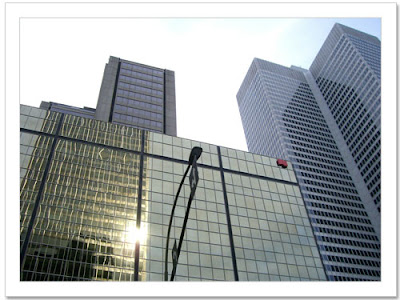 After we checked into the hotel, we headed down to the old port area. It's touristy there, but we didn't care. We decided to grab some frites and wine at a little cafe. 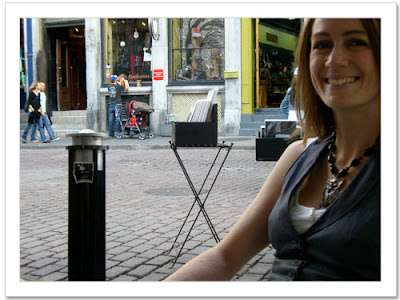 It reminded us of Paris a little bit, and was almost romantic, despite the tacky parade of brides and white Hummer limos making their way through the small cobblestone streets of Old Montreal. We saw at least 10 different bridal parties having photoshoots among the picturesque buildings. I wish we had've taken some pictures of them ourselves. 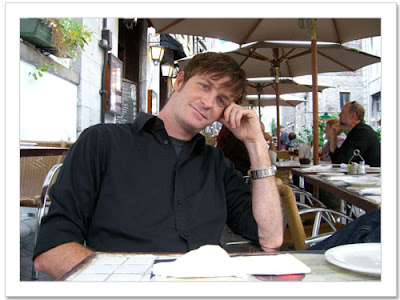 I liked the green glass on this building. 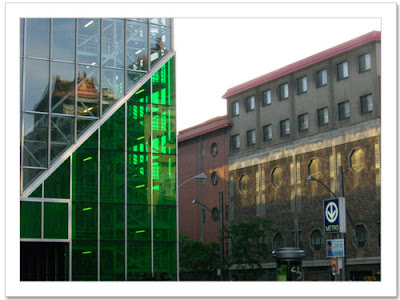 A pagoda rooftop in China Town. 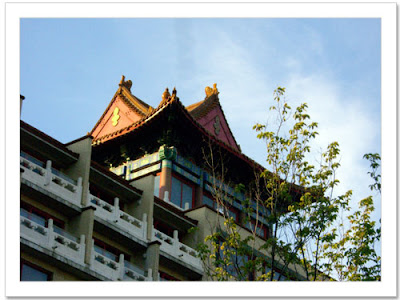 Finally, it was evening and so we headed back down to the piers for the Sigur Rós show. It was on the Quai Jacques Cartier with the city lights offering a gorgeous back-drop. We ran into Chip and Susan as we got to the entrance. Here, we were waiting in line to get into the show. 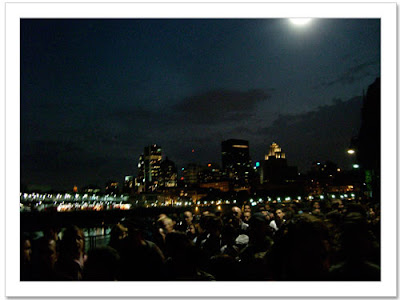 We were there early, so we walked around the Quai, got drinks and took pictures of the scenery... 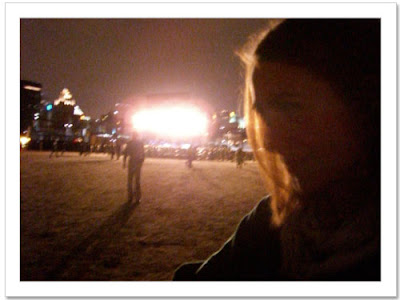 Then Sigur Rós came on stage. They started playing, and it was pure magic. We were entranced. They city scape was bright and lively, with a large search light scanning the sky every minute or so. Yet, we were far enough removed that the setting was strangely quiet. Just like the music—lively, bright, complex, while at the same time serene, enchanting, dark. It was the perfect set really. I wonder if they planned it that way. Here's a picture of the stage with the city of Montreal in the background. 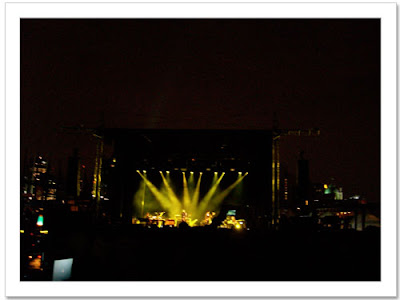 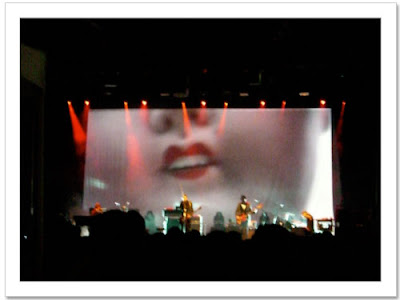 And then, there was fairy dust... 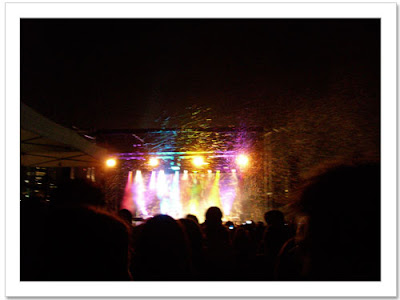 And rainbows... and passion... and fashion... And the show ended, just like that. But our senses remained piqued. We just had to walk it off. 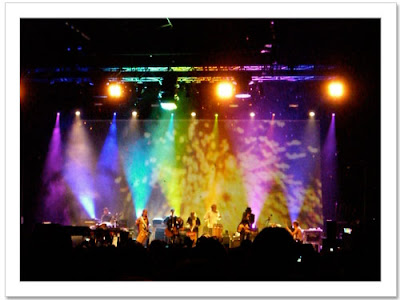 We walked back up the hill and passed this fountain on the way. Underground lights infused the water with a fiery glow. We posed. 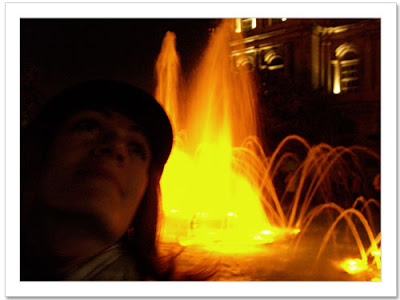 And that's that. I wish you could've been there. 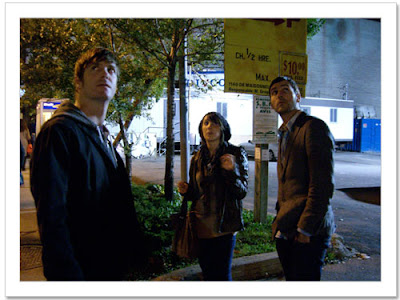 They do too...
Posted by Penelope

OMG!!!! You guys are SOOOOOOO lucky that you got to see Sigur Ros. I've just gotten ahold of their new album and can't stop listening to it. I'm dyin to see them in concert! I wished I'd known about hte one at the MoMA last June. So close....yet so far.

So how are you , P? I miss you and Col so much. How are wedding plans going? Anything I can help with?