I absolutely adore my sisters. Did you know that? They're just so amazing, sometimes I can't even believe it. It was a big weekend for Emi-lou. After years and years of study and research, she officially received her PhD on Saturday. We went to her graduation ceremony and watched her being hooded. We were so proud! 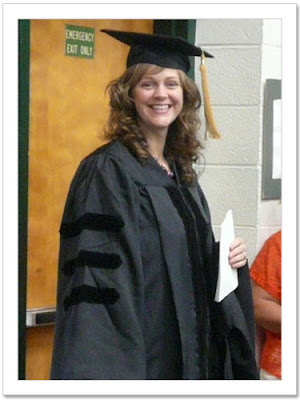 Afterwards we celebrated at their place. Not even the rain could spoil our jovial business. Not even a flood (thanks to Kev's speedy work with the sump pump)!

Indeed that sister of mine has accomplished much in the past half-year. Not only has she become a doctor, but she has also become a mother—and a great one too! Yesterday, I spent much of the day with her, Kev and Sapphire. I was in a glum mood when I arrived, but immediately felt rejuvenated by their warm, uplifting energy.

Emi was so excited to show me Sappie's new dress. But almost as soon as she put it on her, the babe let out a genetically-correct air bubble from her nether parts (Papa Roger would've been proud). It turned out to be slightly more than that and I was so thrilled/appalled to witness my first baby blow-out. I just had to take pictures.

At first, it looked like a little French's mustard spilled on the back of her onesie: 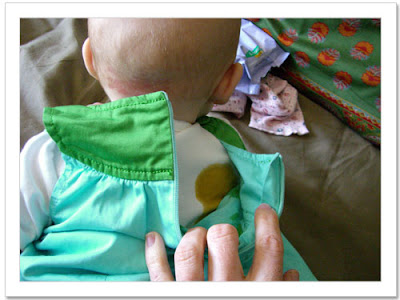 But on closer inspection... 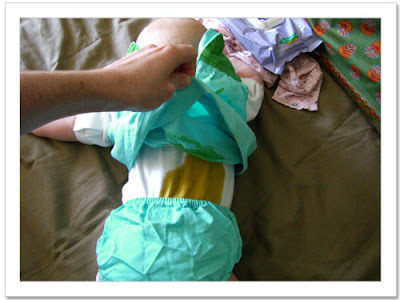 It was a little more serious. After a slight panic we managed to strip off the soiled clothes without soiling anything else. I hoped the dress wasn't spoiled, but Em already had yet another cute outift to put her in. At that point though, Sapphie's nerves had caught up with the moment and she started to fret. But she quickly found her thumb and self-medicated for a while (like mother, like daughter)... 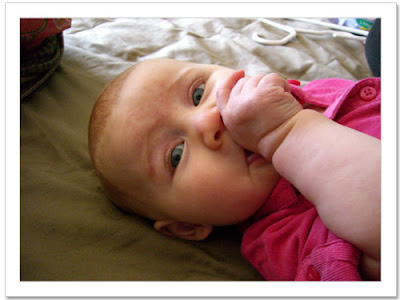 Through it all, Emi remained graceful and pleasant. What a gal! What a mom! Pretty soon we were all fresh and giggles again! 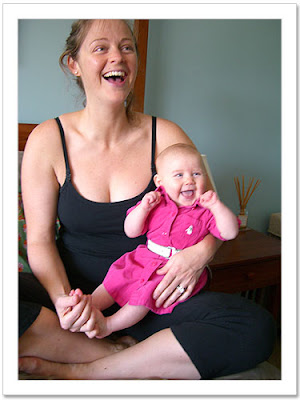 Great pics of the Back Blow Out. Have not seen one that high up before. We love having you guys over and we had a great time saturday night and Sunday was very reminiscent of 181 N. Willard days.
-Kevin

Soe, this is your place to post whatever your hearts desire. It is not a food blog solely. I am not sure what Issac is thinking. Nothing wrong with a good old laugh about a blowout, I guess people do not want to deal with the impending doom that we start in diapers and we end our lives in diapers. So post to your hearts content on whatever subject, Issac.
-K Dogg