robot room: before & after

Just as modern time is referenced by B.C. and A.D. so our kitchen is now defined by B.R. and A.R.—Before Robots and After Robots. It's the Robot Room now.

You see, my boy loves the clangy tin thing-a-ma-jiggies. When we go to New York, to Paris, to London, to Hong Kong, to anywhere, we inevitably return with at least one boxed-up gem complete with working innards and gears and a metal key to wind it up. Some of them play drums even. You could say Colin's like is somewhat of an obsession actually (the hard drive on his Mac, for example, is named ROBOTO).

Since we moved into our new place, however, his cherished friends have been relegated to a forgotten shelf in the basement. Gathering dust and rust. Never to see the light of day. Until now.

While Col was away, I decided to surprise him and not only finish painting the trim in the kitchen, but also to find a way to display his robot collection in full view for everyone to enjoy. I got this great idea from a picture on Apartment Therapy. I decided to mount a display shelf above the sink (maybe he would enjoy doing dishes then!). Emi and Kevin gave me some shelves. They're the perfect size.

Of course, being my father's daughter, I couldn't keep the secret till he got home and ended up showing him the shelves over video chat. He was thrilled. So here are some pictures B.R. and A.R.

Before Paint (before we even bought the place actually—so plain!): 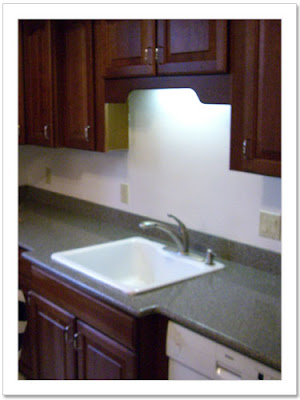 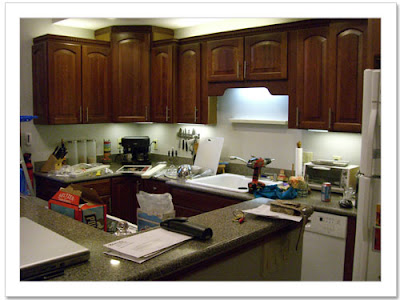 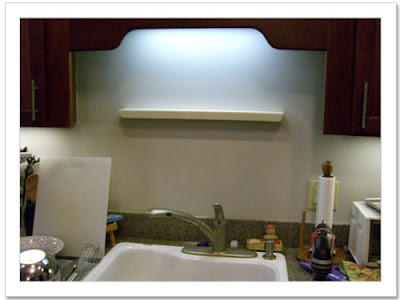 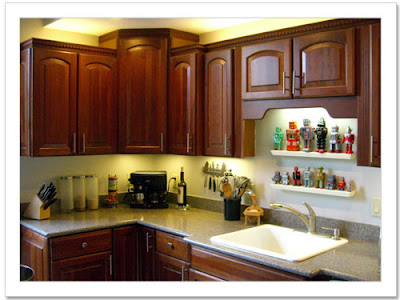 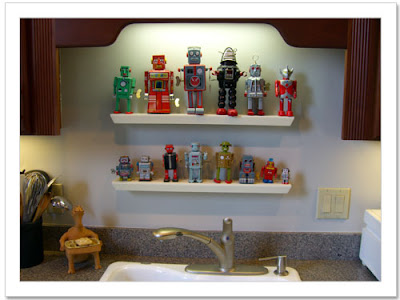 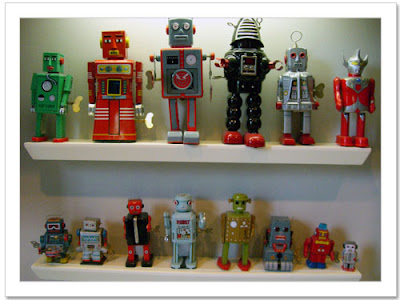 Email ThisBlogThis!Share to TwitterShare to FacebookShare to Pinterest
in: design, home, inspiration

I am just loving everything the two of you are doing to your place. Bravo, Bravo. When are we going to have Karaoke Night.
-Kevin