a year and a month later

Our one year anniversary came and went and until now I've neglected to make any record of it in writing. To celebrate our inaugural year of matrimony, Col and I had decided that we wanted to try and recreate our wedding weekend in Stowe.

It was a frigid weekend, starting in the single digits, then plunging even colder. First, we nutcrackers decided we would go snowboarding. Brrrr! After two runs in the chilling temps and feeling stiff on icy terrain, we thought the Trapp's outdoor hot tub sounded much more appealing. So we left the mountain and drove over to Trapp to check in.

The views from that hilltop never cease to give me pause. And having had been to Austria just a couple months prior, I remarked to Col, "It really does look like Little Austria up here."

The folks at Trapp had left a bottle of bubbly in our room for us with a card welcoming us back. We popped it open and enjoyed a glass while we looked through a book of our wedding weekend that I'd made for Col as an anniversary gift.

After totally reminiscing about that magical day, we went to the hot tub to soak in some steam while contemplating the view of the frosty green mountains.

Later that night... dinner at the Lodge. In symbolic reference, I wore my white felted wedding shrug and my green suede wedding shoes. We ordered a bottle of our favorite wine Morgan, which we had special ordered to serve at the wedding and which was now magically on the wine list. We enjoyed a rich, satisfying feast and finished with our cake topper, which had been made fresh for us as a one-year gift from Trapp. Chocolate and vanilla speckle cake with maple cream filling and maple cream cheese frosting. Oh my! I especially liked that they had recreated a miniature version of the snowflakes as well.

Next morning was even colder if you can believe it. Too cold to ride. Lucky for us, Colin's parents had ordered us up some morning massages. I can't remember the last time I was that relaxed. I was in a quiet, reflective stupor for the rest of the day. 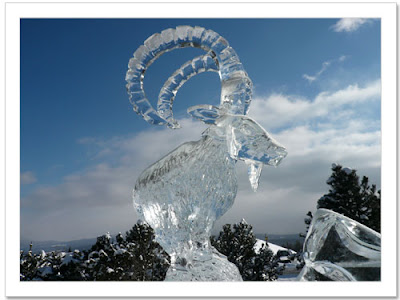 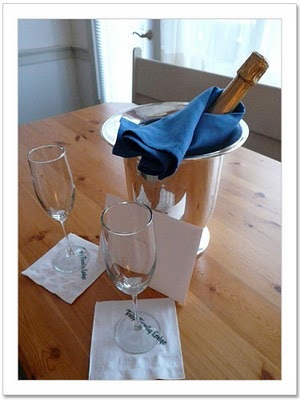 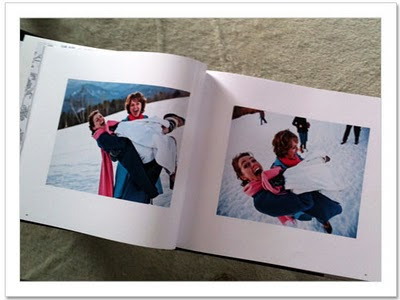 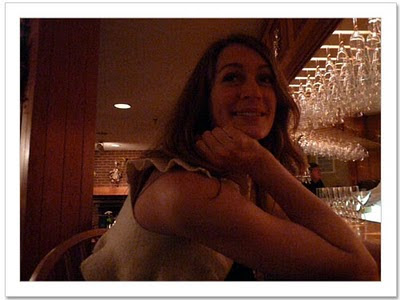 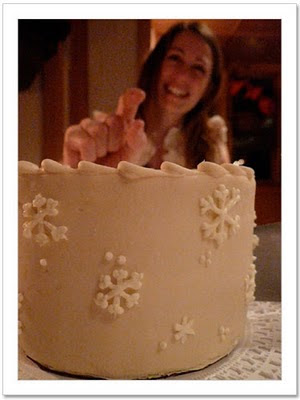 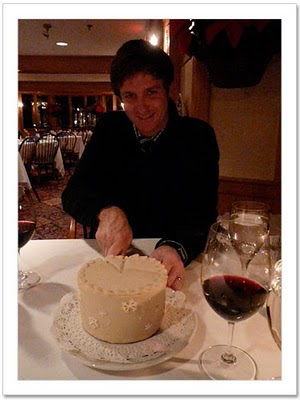 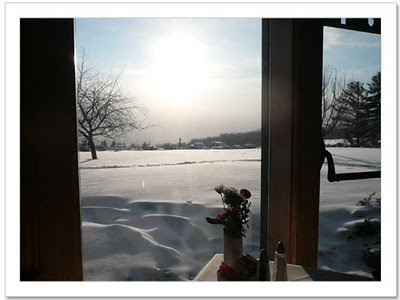 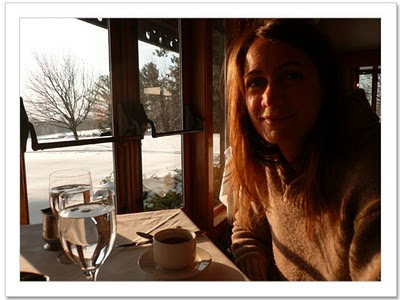 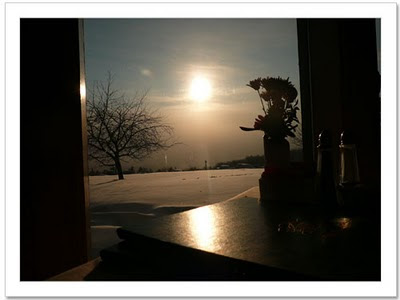 Email ThisBlogThis!Share to TwitterShare to FacebookShare to Pinterest
in: family, food, love

That was such a great weekend! It looks like you guys had a great 1st anniversary reliving that magical day. Blessings to you both! xoxo