It was just about a year ago that we took our unforgettable trip to England to visit family. One of the best times we had during the stay was a day trip we took to the tiny village of Worth Matravers on the Dorset Coast. Uncle Richard recommended an ancient local pub, the Square & Compass, for the best cider and Cornish pasties around. So we went there for lunch and then took an epic walk along the coastal cliffs. 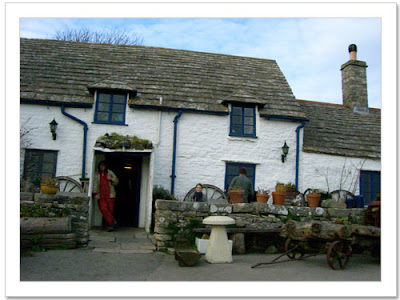 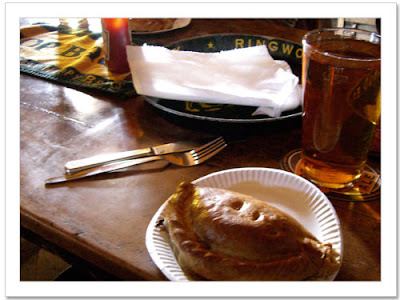 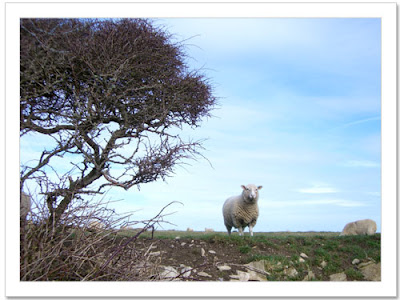 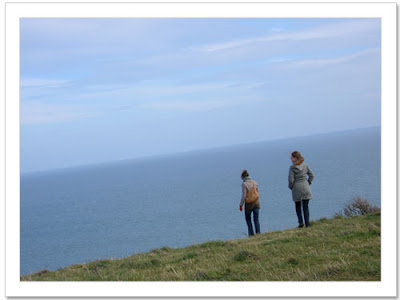 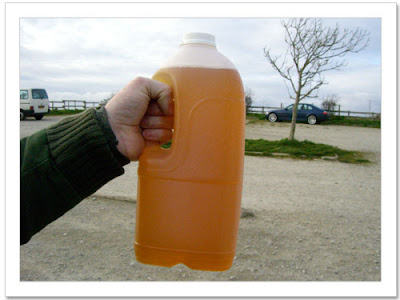 During the walk, we happened upon some strange caves, which Uncle Richard later informed us were used during the war as hide-outs for the military. Butter Boots, our sassy English superhero, was also born in the wheel wells of a big old tractor. The whole day was a succession of amazing discoveries and good feeling, so we decided to try and recreate part of it for the one-year anniversary. Namely: the pasties and cider.

Traditional Cornish pasties (the 'a' pronounced as in 'cat') are a very simple free-form type of meat pie filled with chunks of beef, potatoes, onion, and turnip. With just a little salt, pepper and parsley for seasoning. Nothing more. My mother says:

A true Cornish pasty is as simple as can be, chunks of meat, rather than ground, and potatoes, onions and turnips, inside a crisp pastry overcoat. There's a legend at home that tells of the Devil refusing to cross the Tamar River into Cornwall because he had heard that the Cornish people were putting just about anything in their pasties!"

Oh dear. We used some hot sausage from Kevin's piggie and shredded rutabega instead of turnip. Let me just say, pasties are much harder to make than they look! (Maybe it's because I used organic shortening and whole wheat flour for the crust, instead of lard and white flour.)

The Devil did not approve. My pastry kept breaking and the first one I made looked like a total blow-out, Colin said. By the last one, I was starting to get the hang of it. Maybe next year, they'll actually look like the real deal. Surprisingly, they actually tasted quite delicious!

We also found a lovely local organic Vermont cider from Flag Hill Farm. They offer a fizzy and a still version. Both are wonderful and quite close to what we were drinking at the pubs over in England. Highly recommend.

Two people were missing from the table: Hannah and Brian. We missed you. Next year maybe? We'll save the Butter Boots reunion for when we're all together again. 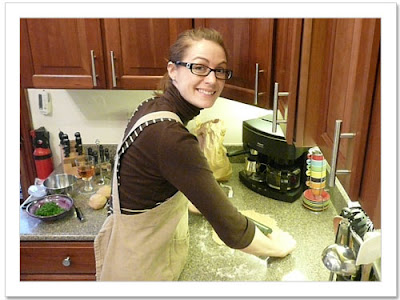 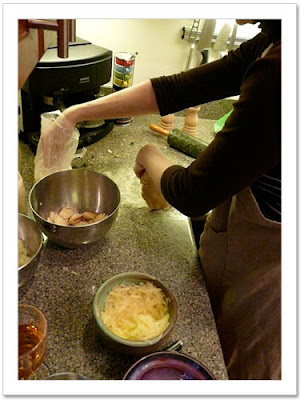 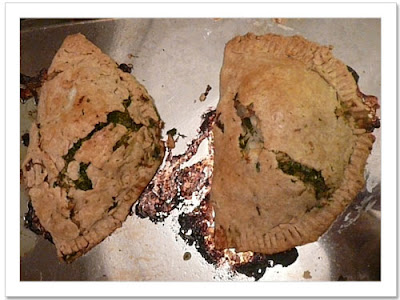 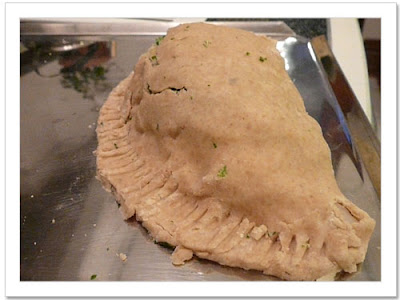 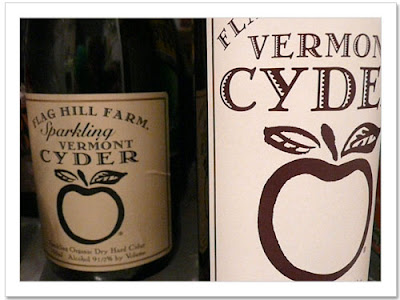 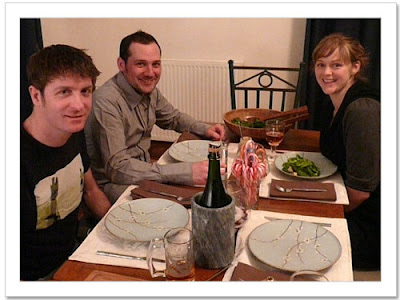 1. Mix the lard, flour and salt, and add water slowly, using just enough water to form a dough that is slightly moist.
2. Roll the dough into 4 balls.
3. Roll out each pastry ball to the size of a dinner plate.
4. For each pastry, on the part of the crust furthest from you, layer a quarter of the potato, meat, onion, turnip and parsley. Add salt and pepper to taste.
5. Lift the front half of the crust over the filling.
6. Lift the other half to meet the front and press the edges together.
7. Crimp the edges tightly to seal in the filling.
8. Brush the pastry with milk or beaten egg.
9. Cut a slit at the top, near the crimped edge, to allow steam to escape.
10. Bake at 350 degrees F for one hour.
Posted by Penelope

What fun! I'm getting quite homesick for the Dorset Coastland and pub lunches. I loved the idea of a Worth Mactravers reunion...next time, use lard!! It's terribly good for you, and the flavour is out of this world! x

Hi Penelope, my name is Penelope also. There was a shop named Penelope's Pasties in Twig MN. I enjoyed the pasties and loved the name. Later my son rented the building as an apartment. It still had the lavender sign Penelope's Pasties. I now live in St Cloud MN. and can't find any pasties even frozen ones. I miss them