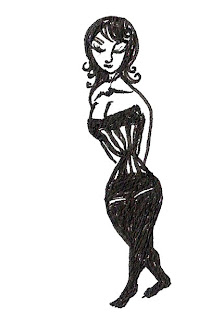 I've been thinking about secrets lately. That's because I have one. Doesn't everyone?

What really interests me about secrets is the dichotomy of self one must undertake--especially when you are forced to lie. You convince your skin and voice to mask what you're feeling inside with what you want people to believe. Like a hot air balloon beautiful and neat on the outside, but swirling with hot heat and volatile gases within. It's theatricality at its best.

Sometimes secrets can be good if keeping them preserves the feelings of someone else. If they protect. Or if keeping them enables something really great to happen, eventually. Like a surprise party or the ending to a really great story. Secrets help make the finale that much stronger and more exciting. In that sense then, I have lots of secrets. But even good secrets can cause inner turmoil.

What about the really bad ones? It probably depends a lot on the secret and what the motives are for keeping those secrets.

I'm curious about people's motives. In the case on my particular secret, the motive is very clear: self-preservation. In fact, I'm willing to bet that's a common motive for most people. I'm also willing to bet that the opposite is true: that self-elimination is a cause for keeping secrets. In short: our motives for keeping secrets have to do with how we see ourselves existing in this world. We keep secrets in order to control that vision. But how hurtful is it to those who we keep in the dark? When does the balloon explode?

On the very thoughtful Web site PostSecret, individuals can mail in their secrets to be posted anonymously for the world to see. The secrets are still secrets, I guess, but revealing the facts must be a small relief. Don't you think? It's also very comforting to know that other people--real people--are struggling with the same inner turmoil. You don't need to know who's saying it; it just helps to know you're not alone.

Here's one great reason for revealing a secret: helping other people cope.
Posted by Penelope

Email ThisBlogThis!Share to TwitterShare to FacebookShare to Pinterest
in: blogs, i'm thinking